Today I have given you the choice between life and death, between blessings and curses. Now I call on heaven and earth to witness the choice you make. Oh, that you would choose life...            Deuteronomy 30:19 (NLT)

The Bible describes-in detail-two different trees. Our understanding of both trees and how they play out in our days literally determines the trajectory of our lives. The amount of Scripture there is around this idea is staggering. And yet… I’m betting most of us have never heard it preached about the way we heard it this weekend.

Normally, one or two points from the sermon capture my attention and provide more than enough material to write about. Not this week. The amount of material John covered is vast and I’m not sure how to condense it in a way that does it justice. So, instead, I’m going to tell you a story…

A long time ago, a baby girl was born. She was wanted and loved, but she didn’t always know it. Her family was part of a faith community that saw what they called “the spirit of Jezebel” in her and she began to pay for who she was before she could crawl. Her parents were instructed to beat that spirit out of her when she was three months old. As she grew, she began to learn that she was more lovable and acceptable when she followed the rules and met the expectations of those around her. She knew that she was never quite good enough-daily punishment was inevitable, but the harder she tried, the less severe her punishment would be. This little girl had a strong sense of God from an early age, more out of fear than anything else, but she didn’t doubt His existence. She knew that songs said He loved her, but she also knew that she was damaged and that if she didn’t meet a certain standard, He wouldn’t want her. Because the truth was, He didn’t “want” her anyway-he merely tolerated her. Fear gripped her heart from her earliest memories. She knew about the tree of the knowledge of good and evil-and she was filled with shame over how bad she knew she was.

As she grew older, the bony fingers of perfectionism tightened around her heart. Her family left that faith community when she was eight years old, but the rhetoric that defined her childhood followed her like a stalking shadow. She was well liked by teachers and other adults because she worked so very hard. She was desperate for someone-anyone-to tell her she was enough. But because she’d only ever known of the tree of the knowledge of good and evil, she knew she would never attain that elusive “enough”. While adults applauded her efforts, her peers attacked her intentions. The word “fake” was attributed to her early on and began to define her young existence. It became like an arrow lodged in her heart, because she didn’t understand. She didn’t know how-or who-else to be. In the midst of her approval-seeking rat race, she sensed Jesus and she wanted to know Him. She began a relationship with Him in elementary school, and she read her Bible and followed rules like never before. In spite of her growing knowledge of Jesus (her knowledge about Him), she grew more and more insecure and her lack of confidence became nothing less than paralyzing fear and desperate loneliness. Even as she excelled in school and in her extra-curricular activities, there was a growing chasm between her heart and God. She was terrified to disappoint Him–she knew Him to be an angry, terrifying Father who could dismiss her like a pesky mosquito.

She had been told that God loved her for as long as she could remember, but she didn’t feel loved. So she began to run toward other loves-anything that might offer a glimmer of hope that she could be desirable and enough for someone... anyone. She wanted to fit in, to be likable, to be anything but who she had come to understand she was. And so, the two-faced part of her story began. She was far too afraid to turn her back on God completely, and she ached at the thought of becoming even more of a disappointment to her parents (she was a disappointment simply because she existed, she had done nothing else to truly disappoint them to this point), so she had to be oh so careful. The “fake” identity that had been spoken over her began to materialize, as she tried to be everything to everyone around her. She was the straight-As in honors classes student who got drunk and slept around on the weekends. She was the attentive, loving daughter who lied to and badmouthed her parents daily. She was the church-going youth with all the right answers and a shattered, divided heart.

The only fruit she had been presented with was that of the tree of the knowledge of good and evil. She consumed it and then it consumed her and became her. The darkness in her mind was suffocating her soul. All the while, she hungered for… something. But she didn’t know what it was that she truly desired, because she didn’t know any other way. She would “repent” and turn back to God over and over and over again–deep down she longed to please Him and experience that love that was reserved for the “good enough”–but she could never sustain her efforts to get back on the right path. Her early adulthood was marked with nights she couldn’t remember and days of striving to prove her own worth. She believed it would never change-she could never change. Her best efforts fell flat and left her reeling in all that she would never be. And it was all. her. fault. She was a dirty, bad little girl from the moment she was born and that was all she would ever be.

As you may have guessed, that baby girl was me. This story is my own. It is painful to go back and retrace the scars of my childhood. But it is necessary to go back in order to understand just how amazing our God is…

If the story ended there, it would be a terrible story. But it doesn’t. Somewhere along the way, I was given a glimpse of the tree of life-a taste of its fruit, though I didn’t yet have the language to define it as such. This angry, ominous, judgmental God I had so feared came after me Himself. Not with wrath and expectations I would have expected-He ran me down with gentle tenderness. He began to speak truth into the broken places and pierce the darkness of my depths with His all-consuming light. I began to hope, and chains I didn’t know I had began to fall away. It started slowly… I resisted. I wrestled with Him and with myself constantly. And as He began to reveal the tree of life-that life that is only found in Jesus Himself-the old familiar fruit from that other tree was more available than ever. I had to choose which fruit to eat, which voice to believe, daily. This part of my story has been the most painful. That’s the plain and simple truth. But becoming always is…

People have rejected me more as I’ve sought healing than they ever did before. I’ve experienced loss on so many levels as God has literally taken apart everything I thought I was, so that He could put me back together into who He designed me to be before the lies pierced my heart.

Until this sermon, I didn’t have the right language to describe my story. But it makes so much sense. I was presented with the tree that most of us are presented with, having no idea that another tree was available. And eating of it did in my life exactly what John said it does:

The knowledge told me I had to fight for my own worth; so comparison, striving, judgement, approval-seeking and law-keeping characterized my early life. I believed the lie that I was unlovable and not enough and was slowly dying inside. What I had consumed, in turn, consumed me. And it separated me from God, from others and from myself. I had no idea who I really was, let alone that I was actually created for a purpose.

But as God has faithfully carried me into a greater knowledge of who He is, bondage has been replaced with freedom, and shame has been replaced by the truth that I stand innocent before Him because of what Jesus has done for me. I believe in my core that God adores me as His beloved daughter, and if I start to doubt that, He is faithful to remind me again of just how far He is willing to go to have a relationship with me. As far as a third tree… the tree of the cross of Christ, where Jesus’ blood poured out and covered all my sin and shame and all that I wasn’t and all I could never be apart from Him. He did that for me. And He did that for you. And now I know which tree I want to eat from-the only tree that brings freedom and hope and healing-the tree of life.

Laura’s painful, beautiful story highlights exactly why eating from the tree of the knowledge of good and evil is deadly. God’s very essence is love. (1st John 4:8) He never intended for us to “behave” ourselves into a relationship with Him, or work to earn His approval, or live in constant shame because we just can’t seem to get it right. His desire from the beginning is that we would come to know Him through Jesus Christ; that we would sense His love, fall deeply in love with Him in return, and live out the purpose He designed for us, not by striving, but by being filled with the power of the Holy Spirit and walking in complete dependence upon Him. I encourage you, if you missed Sunday’s service, to listen to the sermon @ fbccasper.com or on the church app (As always, you can scroll down and find the link to Sunday’s video below, on the First Baptist Church Facebook page);  and if you want to delve deeper into how to live from the tree of life rather than the tree of the knowledge of good and evil, sign up for a LIFE group.

“The thief comes only to steal and kill and destroy. I came that they may have life and have it abundantly.” John 10:10

“It is for freedom that Christ has set us free. Stand firm, then, and do not let yourselves be burdened again by a yoke of slavery.” Galatians 5:1

Choose life, choose freedom, choose trust, choose dependence, choose love. God loves you. God desires relationship, closeness with you. Ask the Holy Spirit to help you “get it”. Once you taste the real thing, once you learn to think in a new way, you’ll be forever changed. 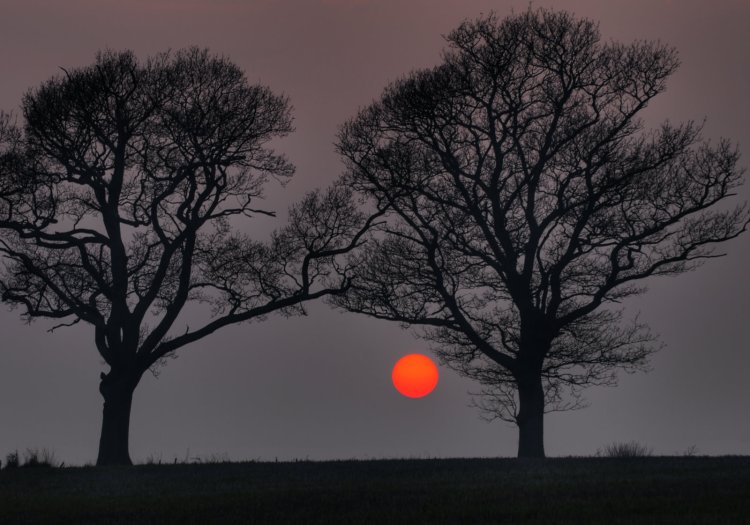